The annual rate at which the world population is growing recently fell below one percent for the first time since 1950. Nevertheless, by mid-century, 9.7 billion people are expected to live on Earth – nearly two billion more than today. Growth is increasingly concentrated in low-income and lower-middle-income countries in South Asia and Sub-Saharan Africa. In fact, over half of this estimated population growth will be concentrated in eight countries: the Democratic Republic of Congo, Egypt, Ethiopia, India, Nigeria, Pakistan, the Philippines, and Tanzania. Meanwhile, population numbers elsewhere are already stagnating or even declining – in 61 countries or areas, populations are projected to decrease by 2050. Sustainable development strategies must take these different demographic realities into account and adapt policies to the respective challenges at different stages of the demographic transition.

Investments that have an impact

Today, population growth is highest in countries that are still at the beginning of the demographic transition. The population of Sub-Saharan Africa alone is expected to nearly double to 2.5 billion people by 2050. To achieve the change in the age structure necessary for a demographic dividend, socio-economic development must be accompanied by a decline in fertility rates. Improvements in the health care and education sectors, job creation and in key gender equality measures have been proven to result in couples choosing to have smaller families. Promoting sexual and reproductive health and rights is another key piece of the puzzle. In particular, ensuring the availability and accessibility of a wide range of modern contraceptive methods – including evidence-based counselling about their efficacy, use and possible side effects – is critical to help women and girls avoid unintended pregnancies. Therefore, governments in low-income and lower-middle-income countries should seek to make strategic investments in these areas to reduce fertility rates.

Taking advantage of the youth bulge

Job creation is particularly important for countries that are further along in the demographic transition. Due to a decline in fertility rates in recent decades, countries such as Tunisia, Brazil and Bangladesh no longer have high population growth rates. However, they have a youth bulge, i.e., a large working-age population relative to the total population. Under the right conditions, this age structure referred to as a demographic bonus can be transformed into a demographic dividend. Nevertheless, if increasingly well-educated young people remain without income opportunities and prospects, a youth bulge can lead to social conflict. A forward-looking population policy in these countries must urgently create opportunities for today’s youth and simultaneously prepare for an ageing population in the future.

Ageing as a challenge

Countries that have gone through the demographic transition barely contribute to global population growth anymore. Due to low fertility rates, many are already experiencing a decline in their populations and are increasingly ageing. As a result, the median age is around 45 in Portugal and Germany, 47 in Italy and over 48 in Japan. In these countries, the ratio of elderly people to the working-age population is steadily rising, putting increasing pressure on social security and pension systems. With ageing baby boomer cohorts in many high-income countries, it is increasingly urgent for governments to develop and implement sustainable population policy solutions for the challenges posed by this stage of demographic change.

Africa as the center of growth 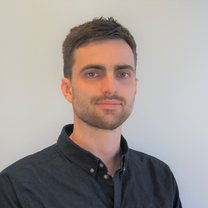 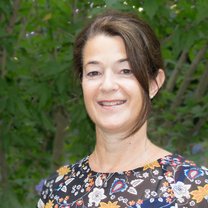